Hats are having a moment. Where once they were a gentlemanly necessity to which no second thought was given, they are now increasingly being worn with intention, as style conscious men seek to express their individuality and bring flair to their wardrobes. For husband and wife Alex and Zofia Torun-Shaw, the wearing of a hat is an opportunity to distinguish oneself. So passionate are they about them that in 2009, they founded Laird Hatters, a hat label that specialises in crafting traditional headwear from premium British materials.

The Rake sat down with Alex to talk about the impetus behind the label and his enduring passion for hats of all kind.

What inspired you to initially establish Laird Hatters?

I love hats and caps, always have done since a trip to a hat shop as a child. The dressing up fantasy aspect of hats, like the Mr Benn cartoon, from pith helmets to panamas was amazing. My father had a wonderful array of classic hats - from top hats and bowlers, to trilbies and fedoras from the 1950s and '60s.

When we started Laird Hatters, hat shops were scarce in England. We wanted to take those classic styles and make them contemporary using colour, texture, and finish. To reinvent how you wore them, and what you wore them with. No other accessory adds drama to an outfit quite like a hat!

Where do you source materials for your hats?

The British Isles make the best cloth in the world. The majority of our cap cloth is sourced in England and Scotland. There are wonderful traditional weaving skills of course in the Hebrides, and Huddersfield also has a long manufacturing history.

Our hats felts come from Europe, where there are historic centres of fine felt making, dating back over 150 years. Sadly Luton manufacturing has died a death.

Can you briefly explain the processes involved in manufacturing the hats?

Hats are formed from a felted hood. We have our own signature hat blocks and forms, which have to be heated to mould and shape each individual style. The felt now takes on a hat shape, the brim needs to be trimmed and finished. We then add the sweatband, lining and finally the ribbon.

The cap process involves cutting the cloth from our pattern shapes. We then hand stitch these pieces, add the lining, peak, sweatband and of course our Laird copper stud. This is finished off by steaming and shaping the cap on a wooden block, and tacking the peak. I still hand finish every single cap that leaves our workshop. It’s surprising quite how many component materials there are in a single cap.

Where do you find inspiration for the designs?

I am a collector of fashion magazines - GQ, Vogue etc - from the 1960s, ‘70s and ‘80s. I’m also a massive fan of TV series and films from that same legendary period. It’s rich in wild hats and caps, strong looks and colour - both flamboyant and suave.

I’ve become an historian of hats largely dating back to the early 19th century - from the bowler hat to the fedora and flat cap. There are great oddities such as the 1571 Act of Parliament, which made every ’common’ man (every male from the age of 6!) wear a cap to use up the wool surplus. It is fascinating and part of our British social history.

How has the significance of the hat evolved over time and what do you consider it to be today?

Headwear’s genesis went from utilitarian grey and drab up to the 1960s, both dying a death and rejuvenating within a decade. Rising from the ashes as a fashion accessory, and rock 'n' roll emblem of freedom. Over the last 10 years with famous series, like Mad Men, the trilby came back as a sartorial must-have piece. Peaky Blinders has now taken that a step further with the fusion of 1920s and contemporary styling for the cap. It has brought headwear to a new multi-generational audience. We get customers ranging from teenagers to octogenarians asking to look like Don Draper or Thomas Shelby. The vintage and retro movement in fashion is almost a protest to fast fashion which champions hat and cap wearing as integral pieces. Quality made to last, made in England, and slow fashion has never been more popular.

There is much talk and discussion about sustainability, recycling - we don’t make hats from recycled water bottles, or caps from recycled cotton Y-fronts; we source local cloth from British wool, then handcraft our caps to last a lifetime. What’s more sustainable than that?! 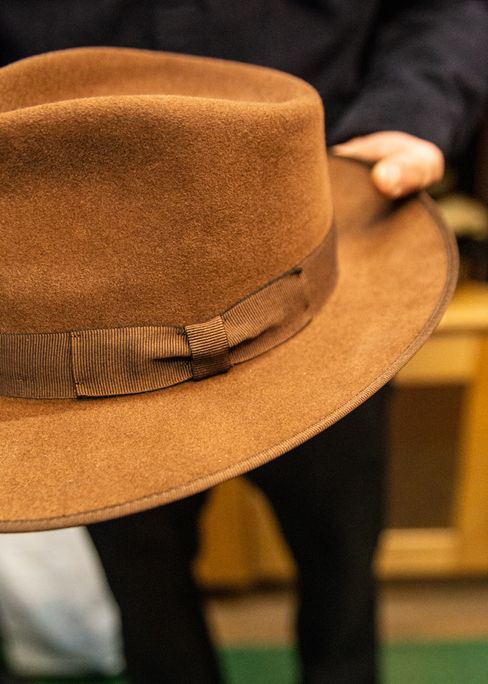 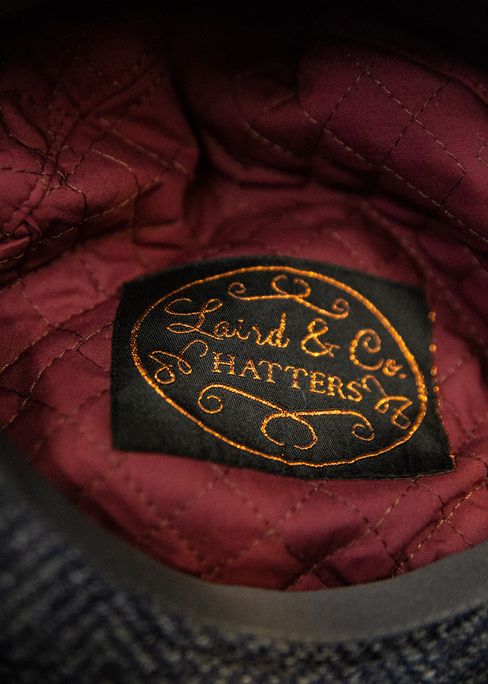